Eurotunnel: death at the fences, profits for Goldman Sachs 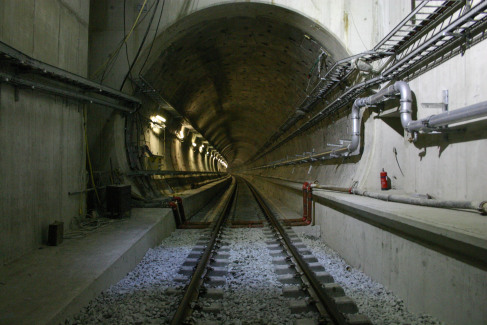 Death at the fences, profits for Goldman Sachs

At least 15 people were killed in or around the channel tunnel in 2015. Some were electrocuted, some run over by trains, some chased by police into traffic near the entrance. All these deaths were a direct result of people trying to get past the intensive security put in place by Eurotunnel, funded by the British and French governments, to stop them reaching England.

Responding to these deaths, Eurotunnel apologised for the inconvenience caused to its passengers. Its boss Jacques Gounon explained that the migrants dying at his door are “very far from poor unfortunates who seek refuge in England and have a right to a humanitarian approach”, but instead are “veritable commandos, well coordinated” who seek “to make politics and destabilise the government.”

Also in 2015 Eurotunnel, which runs the tunnel under a concession lasting until 2086, made a €100 million profit. €97 million of this was paid out as a dividend and handed straight to its shareholders, international investment firms led by major shareholder and creditor Goldman Sachs. Despite this record year, Eurotunnel is demanding millions more in compensation from the governments for “lost earnings” due to the “migrant crisis”.

But just what is the Eurotunnel company, and how has it come to play a key role in the militarisation of the UK/France border?

The new report on Eurotunnel by Calais Research Network profiles the company’s business and growth strategy; its owners, decision-makers, and powerful political connections; its history and crucial role in the border system at Calais; and some issues for its future development. Read it in full here.

With a long term concession on key trans-national infrastructure, backed by two governments and one of the world’s most powerful investment banks, with powerful friends on the board and even a state-subsidised private army, Eurotunnel’s future seems assured. But nothing is for sure, and the last section of the report profiles some challenges for the company’s future.

Will Brexit lead to a trade downturn? Will security problems return on the tracks and roads that lead to the tunnel? Will workers stay quiet if there are new “restructurings”? Will dependence on specialist suppliers be an issue? Can Eurotunnel keep local authorities sweet as it continues to expand its terminals and facilities? How will it fare as it moves into new riskier ventures?

This entry was posted in English and tagged Eurotunnel. Bookmark the permalink.